The city was founded by tzar Peter the Great on the marshy mainland and numerous islands of the Neva-river Delta in 1703. It was named St. Petersburg then. The city remained the capital of the vast Russian empire for 200 years (1712-1918). Now St. Petersburg is the second largest cultural and industrial center in Russia. The city is situated on the 42 islands. In the past it was located on 101 islands, but with the city's reconstruction some rivers dried out. There are more than 60 rivers and canals. More than 600 bridges unite islands.

The birthplace of the city is Peter and Paul Fortress. The first Slavs settled on the banks of the Neva in the 9th century. A trading route connected the Russian state with Western Europe going across lake Ladoga, the Neva-river and the Gulf of Finland. In the 17th century they were captured by Sweden. Russia was cut from the see. As a result of the Northern War (1700-1721) these lands were returned to Russia, and Russia got access to the Baltic see, by which it could maintain its economic and cultural contacts with Europe. 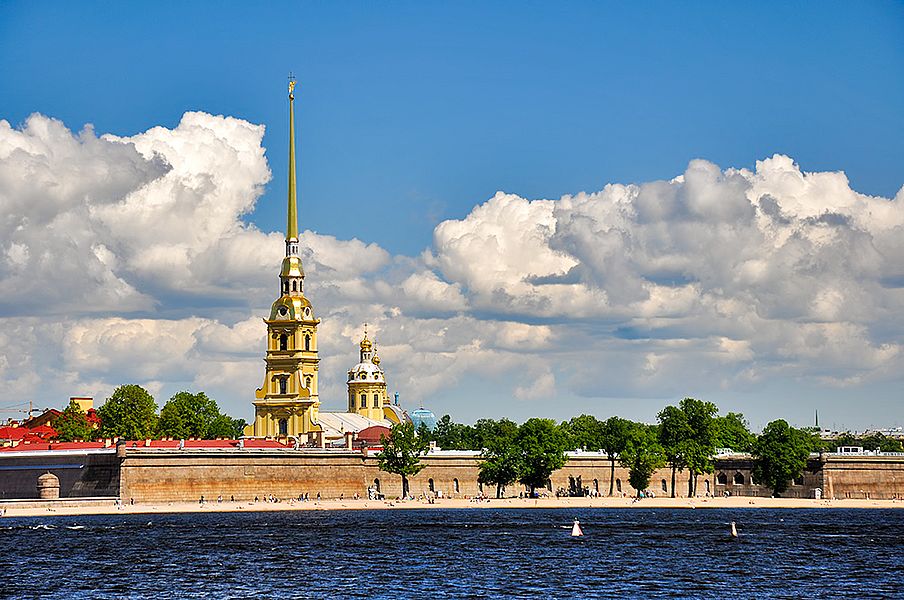 The city started from the small Hare Island. It attracted Peter's attention because of its strategic position. It was there that on the 27th of May 1703 Peter the First laid the foundation of the fortress. Construction work carried out according to the tzar's own plan proceeded very quickly. Hundreds of thousands of peasants, craftsmen and soldiers were brought here to build the city. At first the houses were built of wood. Two years later brick factories were built, and 6 years these factories manufactured millions of bricks. To speed up this process a special decree was issued. It prohibited building stone houses anywhere else in the country for several years. Also a kind of tax was introduced: every barge that went down the Neva and every cart that entered St. Petersburg had to bring the certain number of stones. The pace of the construction was fantastic for those days. At the end of the 18th century there were more than 200 streets in St. Petersburg. 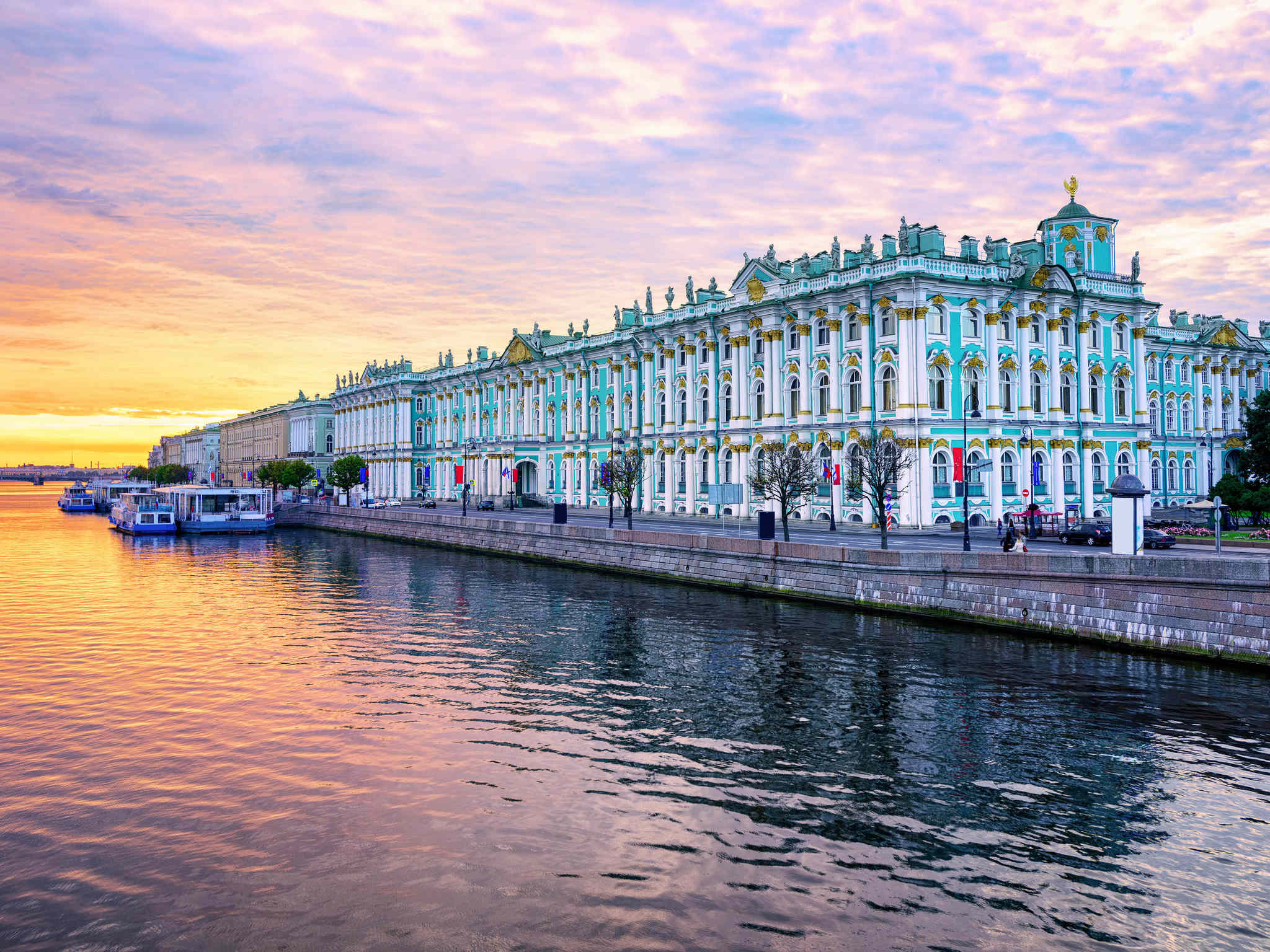 Across the river there is Winter Palace. It is the former winter residence of the Russian tzars. Now it is part of the largest museum in Russia, the State Hermitage. There are more than 2,5 mln. items among the expositions and in the storerooms of this museum: paintings, sculptures, applied art, numismatic and so on. If you look at each item exhibited in this museum for half a minute, you will have to spend there 9 years, working 7 hours a day without week-ends and vacations. Most of these treasures were collected by the Russian tsars in the 18th and 19th centuries.