The city started from the small Hare Island. It took less than half a year to build earth emplacement. Two and a half years later work was begun on the construction of stone walls. The fortress has 6 bastions connected by straight walls. But this fortress never played a military role. Even in Peter's time it was used as a political prison. And among its first prisoners was Peter's own son who plotted against Peter. For his treason Alexey was sentenced to death, but on the eve of the execution he was founded dead in his room. In 1924 the fortress was turned into museum. 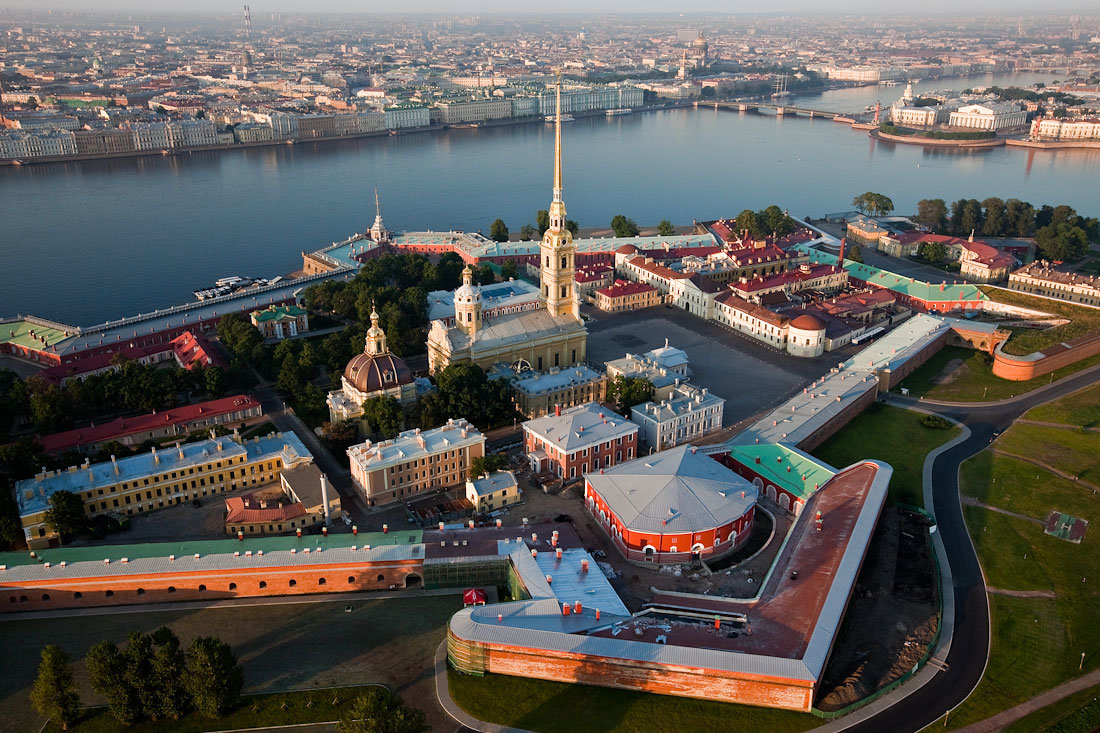 St. Peter and Paul cathedral on the territory of the fortress is also a museum now. It was built to a design of Domenico Trezzini between 1712-1733. For the long time the belfry of the cathedral was the tallest structure not only in the city, but in the whole country. It is 122,5 meters. The spire is 40 meters high. On the top of the spire there is a weather-vane in the form of angel with a cross. The wings of the angel spread for about 4 meters. Inside the cathedral you can see a beautiful iconostasis designed by Ivan Zarudnyi. After Peter's the Great death the cathedral became a pantheon of the impair family. 32 members of the Romanov family including 11 ruling tsars were buried there.